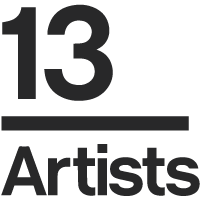 13 Artists is one of the world’s leading independent booking agencies, operating worldwide, excluding the USA and Canada.

13 Artists was founded in London, England by Charlie Myatt in 1999. In 2004 Angus Baskerville joined the company and became a partner in 2010.

Charlie Myatt became an agent in 1989, working at Prestige Talent, ABS and ITB before forming his own company. Angus Baskerville worked as an artist manager and in A&R at London Records before joining 13 Artists as an agent in 2004.

Leaving London in 2004, 13 Artists found its new home in Brighton. Over a decade later the company opened a second office in 2019 at Tileyard Studios, London.